A blog mostly about Clojure and ClojureScript.

Migrating a Leiningen project to boot

Edit: this post made it to the front page of Hacker News. Thanks! 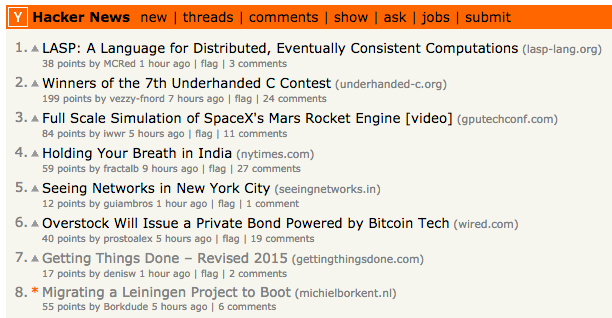 Boot is a new build tool for Clojure. To get acquainted with it, I decided to migrate a fairly non-trivial Leiningen project to Boot.

You can find the entire project including the Leiningen project.clj file and Boot's build.boot file here.

Disclaimer: this is not a comprehensive Boot tutorial. For a detailed introduction to the concepts of Boot I refer to the Boot website.

I wanted my Boot project to have the same features as my Leiningen project:

First let's walk through the Leiningen project.clj step by step and see how it translated into a build.boot file.

Here we tell Leiningen where our source files and resources are. Also we declare what directories must be emptied if we want to clean up generated files:

In the build.boot file this is done by a call to set-env!:

Boot has the concept of immutable filesets. Each task receives a fileset and produces one. The last task outputs its fileset to a target directory, which is target by default. Boot will clean stale files from target automatically before it emits a new fileset there. There is never a need to clean something in Boot.

Next we describe which dependencies the project has. In Leiningen this is done as follows:

In Boot this is done similarly, still inside the call to set-env!:

The next line we encounter in project.clj is:

This makes the animals.server namespace the starting point for every REPL session. In build.boot it is accomplished like this:

Boot has several tasks built in and repl is one of them. It supports the option init-ns. With task-options! you can set some default options per task that are global to the project. To see all the options that repl provides, you can issue -h from the command line:

or call (doc repl) from a Boot REPL session.

Next is this line from project.clj:

This sets the var clojure.core/*print-length* to 20. If we print collections we'll never see more than 20 items:

In Boot I attempted to do it like this:

Unfortunately this caused a bug in Boot's jar task. Later I learned that it's not a good idea at all to do this in Boot, because there can be multiple Clojure runtimes (pods) in one JVM. Since I was going to use this setting only in the REPL, this is a better solution:

Leiningen has the concept of plugins. Plugins typically perform a task as part of a Leiningen build. Two popular plugins are lein cljsbuild and lein figwheel. `lein cljsbuild is an interface to the ClojureScript compiler. lein Figwheel` lets you push resources to a browser, typically freshly compiled ClojureScript or CSS. It also gives you a ClojureScript REPL and a web server which allows you to serve some static files or even a Ring handler. In this example I don't use Figwheel's web server for running my Ring handler, because I use Ring's standalone Jetty server that comes with automatic code reloading middleware and allows for an initial function to be executed before the handler is started: features that are lacking from Figwheel as far as I know.

In Boot tasks are included as normal dependencies and scoped with :test:

The first dependency is Boot's interface to the ClojureScript compiler. The latter three dependencies together offer more or less the same as Figwheel: a ClojureScript, live reloading of resources in the browser and a web server to serve static files or a Ring handler.

In Leiningen ClojureScript is built using the lein cljsbuild plugin. My configuration for this plugin looks as follows:

In Boot configuring the location of where generated JavaScript will end up is done by placing an .edn file at the corresponding location in the resources tree. In this project I placed it in resources/public and named it main.cljs.edn with the following content:

This gives you the same config as in the Leiningen example with respect to the name of the main JavaScript file, :asset-path and the :main namespace.

I use different source folders for development and production, so I can have some environment specific configuration. For example, in development I enable console print and define a function for Figwheel that will be executed when new ClojureScript is pushed to the browser:

In my production ClojureScript I set *print-fn* to identity, because else I would get errors when there was still a println around in my code:

In Leiningen I would start my development like this.

In one terminal, I would start the web server:

In another terminal, I would start Figwheel:

Note that using this setup, I need to run two JVMs.

In Boot the development flow is one task composed of multiple tasks:

Only one JVM needed!

There is no need to worry about cleaning directies, since each task outputs an immutable fileset that the next task can use. Generated files end up in target by default, which gets cleaned before a new fileset is committed there.

The serve task will be the first one to be invoked. By default serve runs a Jetty server, but it is possible to select http-kit. It will reload Clojure files automatically, is able to run a Ring handler and also executes an initial function before the handler is started.

In this example show prints out the fileset that it received as a tree. When we invoke it we see the initial fileset tree. When we add a file, the watch task will invoke show again and we would see the new fileset tree with the added file.

Back to our development pipeline:

Whenever a file changes, the reload task is invoked. This will send changed assets to the browser via a websocket connection. The task after that, cljs-repl starts an nrepl server in which it is possible to start a ClojureScript REPL. This task also covers our requirement to have a normal Clojure REPL session with our program. Finally, the cljs task compile ClojureScript to JavaScript. I am not sure if it matters if cljs-repl comes before or after watch, but cljs surely has to come after it, since it has to see new filesets for incremental compilation.

The final requirement is producing a standalone jar. In Leiningen this is done with the uberjar task. We need to tell Leiningen where it can find the main namespace that will have the -main function that will be invoked when the jar is run. Also we need to aot that namespace:

Before producing a standalone jar, we must invoke the ClojureScript compiler to produce production worthy JavaScript. For convenience we can make an alias that combines all these steps:

Note that uberjar will invoke clean also. One problem that arose while writing this blog was that I had the entire out directory in :clean-targets, so when cljsbuild was done, uberjar would remove its output again. You will never have this kind of problem with Boot.

First we invoke the sub-task build-cljs which includes sources from src-cljs-prod and produces optimized JavaScript. The next task performs aot on the main namespace. Then a pom file is produced. The uber task adds jar entries from dependencies to the fileset. Finally, the jar task produces a jar file from the fileset with the main namespace set to animals.uberjar. I love how Boot decomposes these tasks, so you can actually see what is going on when you produce a standalone artifact.

During this blog post I ran into a couple of issues with Boot.

The first issue had to do with dependency resolution and Clojure versions. This issue has been solved. Thanks Alan Dipert!

Another issue was that the reload task didn't have the concept of an asset-path. I needed to work around this by creating an extra route in my handler:

This problem will be solved in a future version of reload. See this issue.

Leiningen is a battle tested tool and probably the safest bet if you're just starting with Clojure. However, Boot has certainly sparked my interest. It has an elegant design and a more functional feel to it. I'll certainly use it on a future project.

Here are my recommendations based on my brief experience with Boot.

Use Leiningen if you:

Use Boot if you:

Thanks for reading my blogpost. Feedback is appreciated. Did I misunderstand something about Boot? Please let me know!

Thanks to Alan Dipert, Martin Klepsch, Earl S. Sauver and some other fine folks in the #boot channel on Slack.