A blog mostly about Clojure and ClojureScript.

My ClojureScript adventure at Øredev 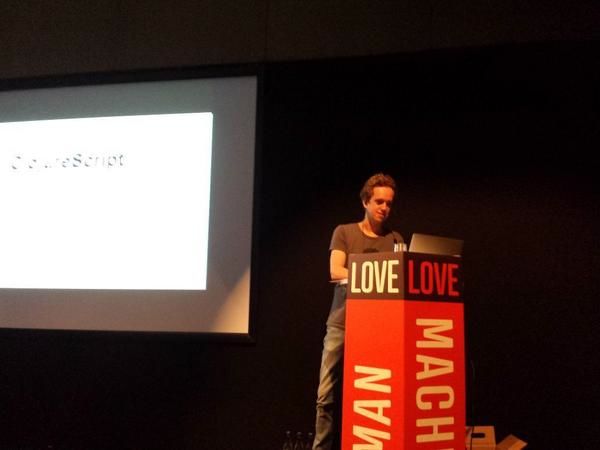 How I got there

On October 7th I received an e-mail from the organization of Øredev. One of their speakers, Anna Pawlicka, who was going to speak about ClojureScript had cancelled (for urgent private reasons). She had passed them some names of people they could ask to replace her. Apparently I was on this list and received an e-mail. After some consideration I accepted this invitation. It would be my first appearance on a bigger (> 1000 participants) developer conference. So in the month leading up to this conference I was pretty nervous and excited. Luckily I could practice my preliminary talks at two local meetups and had lots of people providing me with useful feedback.

The conference expected two talks of both 40 minutes. 40 minutes is a short time, so I had to select my slides and the level of detail very carefully.

ClojureScript for the web

My first talk was about ClojureScript for web applications in general. I explained the most important features of Clojure(Script). Unfortunately the sound volume of the video is a bit low.

The description of the talk for the conference was:

Over the last few years we have seen the rise of browser applications. Instead of rendering all UI server side, JavaScript driven client applications are now being widely adopted. While JavaScript is a flexible and powerful language, it has its shortcomings. This is where languages that compile to JavaScript step in. ClojureScript is one of them and offers its own powerful features to the front end developer. In this talk you will get an overview of what ClojureScript development looks like and how it may simplify your application.

CLOJURESCRIPT FOR THE WEB from Øredev Conference on Vimeo.

The slides can be downloaded here. Related code is here.

The second talk was about using ClojureScript in combination with the React library. I showed two approaches: Om and Reagent. I have spent more time and detail on Reagent, because this library is easier to explain in a 40 minute talk.

The description of the talk for the conference:

React is a JavaScript library for creating declarative UIs. It was created by Facebook to simplify writing applications consisting of many components. React allows you to describe how the UI should look and renders it automatically via one way data binding. It achieves good performance by using a virtual DOM that prevents unnecessary and expensive DOM manipulations. Even better performance can be achieved by leveraging the immutable data structures of ClojureScript. This is an approach taken by Om and Reagent. In this talk you will get an impression of using ClojureScript together with React in practice.

CLOJURESCRIPT INTERFACES TO REACT from Øredev Conference on Vimeo.

The slides can be downloaded here. Related code is here.

Øredev is very well organized. I didn't have to worry about a thing: plane tickets, hotel, vegan food, quality coffee, ice breaking social events: all arranged by them. If you ever have the chance to speak at Øredev: I can highly recommend it! 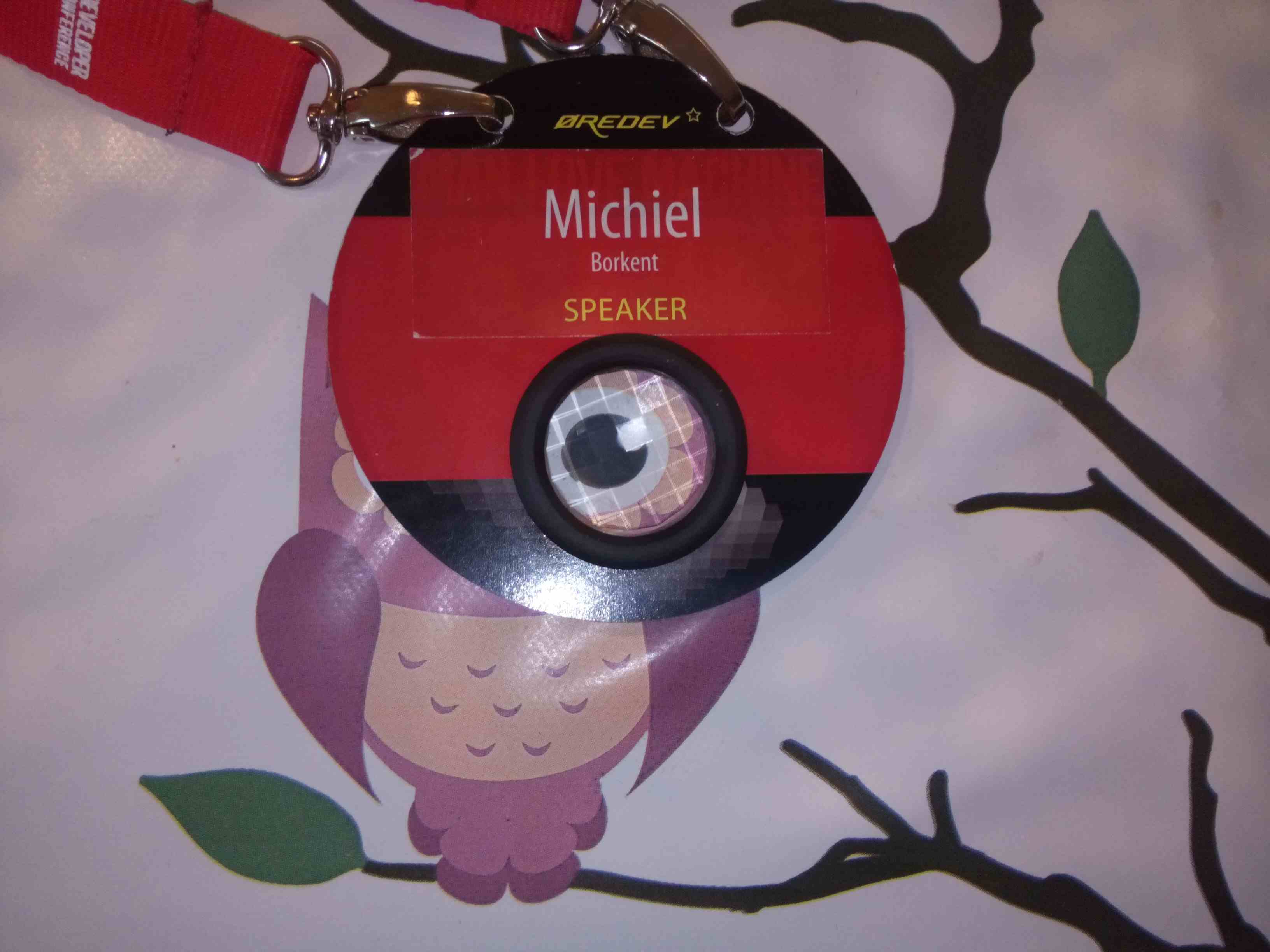 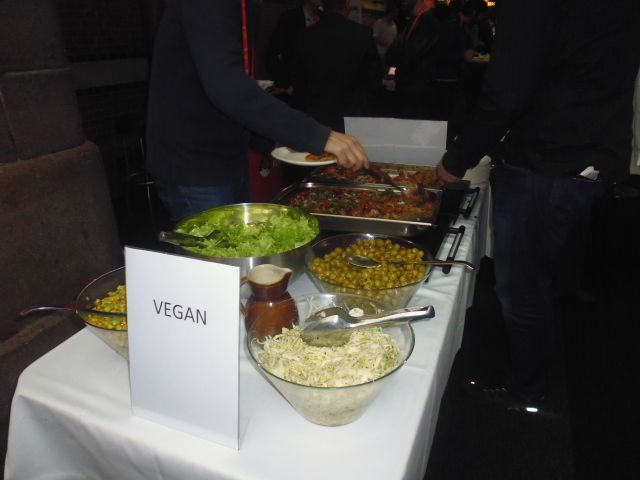 I wasn't the only person doing Clojure-related talks. Ryan Neufield, the main author of the Clojure Cookbook and Pedestal contributor was there talking about Datomic and Pedestal. Rob Ashton shared his lessons learned while creating a database with Clojure. Neal Ford talked on functional thinking in Java, Scala and Clojure. Here's a picture of Ryan presenting about Pedestal: 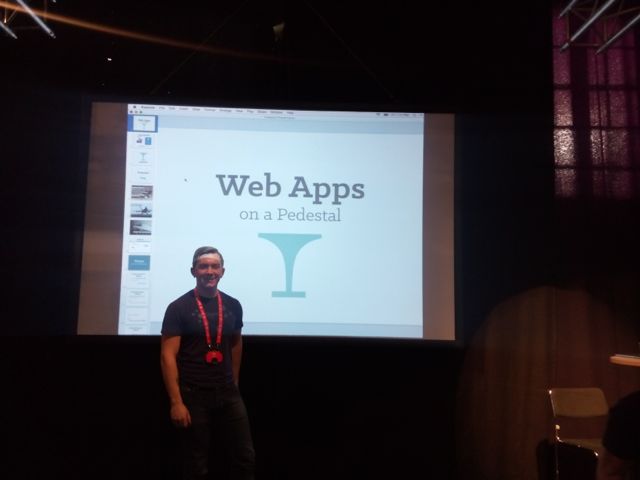 During these 40 minute talks I didn't have the time to thank people who helped me during my month of preparation in one way or another. Here is a list of people and companies I would like to thank for their help or support:

Lastly, for what it's worth, here is a raw list of resources that I found interesting to study while I was preparing my talks. Have fun with those!